Founded by David C. Reid in 1975, Harley-Davidson® of Jamestown has built its reputation on customer service.

It all started with a dream. The late John Reid Sr. had planted a seed in the mind of his oldest son David. In 1947, John started Gowanda Harley-Davidson®. When his son grew older, his passion and interest in Harley-Davidson® motorcycles grew. In 1975, at the age 34, David C. Reid's dream came true with a dealership of his own in Jamestown, NY. The structure was a mere 3600 sq ft. The business began with three employees: David, his son Brian (14), and Dale - a mechanic. Until 1985, business was slow. There were times when the thought of giving it all up crossed his mind, but David stuck it out and reached the booming late '80s. During this time it was necessary to increase work space and staff. In 1985, a 2400 sq ft. service department was constructed, and in 1997 the addition of a parts and service showroom was completed. Even at 15,000 sq ft, the building was still not large enough to meet the demand for space with the growing industry. Over the years, the dealership has grown in tremendous ways, and continued expansion with it's new and current location of over 36,000 sq ft. (located in Falconer, NY (exit 13 off I-86)

As a family of over 25 employees, H-D®J has become a dealership well known for its friendly and welcoming atmosphere. Our entire staff is a tight knit family of relatives and friends. We treat everyone like one of our own, and take pride in this. We are strong believers in comradery, freedom, and the fresh breath of air that comes with riding a Harley-Davidson® motorcycle. The fact is that from the very beginning we have loved what we do. This is our passion. We share this passion with millions around the world, and working within an industry that gives such individuality and reliability is something that is not easily found. 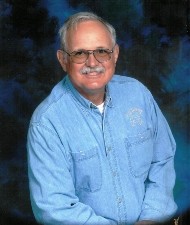 We look forward to the many years ahead with our customers and the memories and accomplishments we will make. Here's to the future of Harley-Davidson® of Jamestown, and may the lifestyle that Harley-Davidson® conveys last forever. Live to ride. Ride to live.

We fulfill dreams through the experiences of motorcycling, by providing to motorcyclists and the general public an expanding line of motorcycles, branded products and services in select market segments. Our staff provides a genuine family atmosphere, with a personal guarantee of honesty and integrity to all of our customers.

Harley-Davidson® of Jamestown is conveniently located near the areas of Jamestown NY, Lakewood NY, Salamanca NY, and Busti NY.